Can You Put Plastic In An Air Fryer?
Skip to content 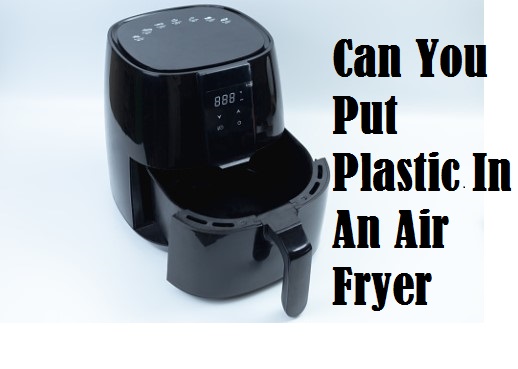 Presently, the air fryer is one of the latest and most sought-after kitchen appliances. The reason for its convenience and ability to cook food faster while retaining its moisture, taste, and nutrients. You can cook or put nearly everything in the air fryer, but can you put plastic in an air fryer?

The answer is no. You can’t put plastic in the air fryer. It would dry out. The high heat would warp and discolor the plastic, and it could even release harmful fumes. Air fryers work by circulating hot air around the food. This air is then heated to a high temperature, which cooks the food. The plastic would not withstand this level of heat and would melt or burn.

In this context, we will discuss why you shouldn’t put plastic and which material you can put it on. So, without further due, let’s start the content.

5 Reasons why you shouldn’t put plastic in an air fryer. 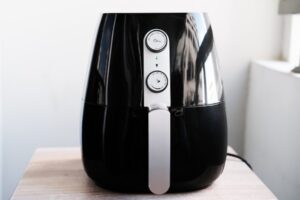 Sometimes we hear about the news that plastic is being banned from used home appliances. This is done to prevent the accidental ingestion of a harmful chemical for our health. Besides this, there are several reasons why you shouldn’t use or put plastic in your home appliances. Let’s have a look:

# Reason 01: Made up of several harmful chemicals

Plastic is made up of several harmful chemicals. When heated, some of these components can leach into your food. It causes several ills, from allergies to cancer. Plastics contain phthalates. These are endocrine disruptors. So, it can interfere with the body’s natural hormone function. It leads to reproductive ills and congenital disabilities.

When heated, plastic can release harmful fumes. These fumes are toxic and can cause several health problems. They include headaches, nausea, and vomiting. The fumes can also aggravate respiratory problems such as asthma and allergies. However, we don’t know the material level we can tolerate and the reasonable limit. Hence, one must avoid plastic to leave it safe.

There are chances that the plastic used in household products may contain some carcinogens. It can cause cancer if taken for a longer period. Therefore, it’s better to use any other material than plastic in our home appliances. In addition, it’s also good to avoid plastic as much as possible.

The high heat from the air fryer can warp and discolor the plastic. This can cause it to melt or burn. It can release dangerous chemicals into your food. Hence, this is one of the major reasons you shouldn’t put plastic in an air fryer. Actually, plastic is not a no-no in the air fryer. But you have to keep a close eye on it.

The high heat from the air fryer can dry out the plastic. Over time, it will become brittle and crack. This could expose you to any harmful chemicals leaching into your food. If the cracks are severe enough, they can also cause toxins to enter your body. This is one of the major reasons you shouldn’t put plastic in an air fryer.

Why are air fryers bad for you?

Air fryers indeed come with a host of benefits. They are convenient, fast, and cook food evenly. However, there are some dangers associated with their use. Let’s have a look at some of these dangers:

Do air fryers use a lot of electricity?

Yes, air fryers use a lot of electricity. In fact, they are one of the most power-hungry kitchen appliances. So, if you’re looking to save on your energy bills, you might want to avoid using an air fryer.

Don’t worry! Many alternative cooking methods don’t use as much electricity as an air fryer. You can try using a crockpot, pressure cooker, or even an oven to cook your food. These appliances will still give you great-tasting food without costing you a lot in terms of energy consumption.

Is it cheaper to use an air fryer than an oven?

There is always a debate when an air fryer and an oven are brought up. The oven uses more watts in electricity. However, the oven will cook food evenly. At the same time, the air fryer has a hot spot and might not cook some areas of the food as much as others.

Similarly, in ovens, most use the broil setting.

This uses up more electricity than air fryers. So, an air fryer is always better than an oven in this aspect. Actually, it depends on how you use your oven or air fryer. For example, baking a cake in an oven will take the same time to bake as in an air fryer.

Putting plastic in an air fryer is not always a good idea. It is good to avoid plastics as much as possible. But it depends on the type of plastic and its safety. In this article, I tried to describe why you shouldn’t put plastic. So, try to use other cooking methods which are not used as much electricity as air fryers.

Finally, if you decide to use an air fryer, be sure to keep a close watch on your food. Make sure that it does not contain any harmful residues or toxins. Have a nice day. 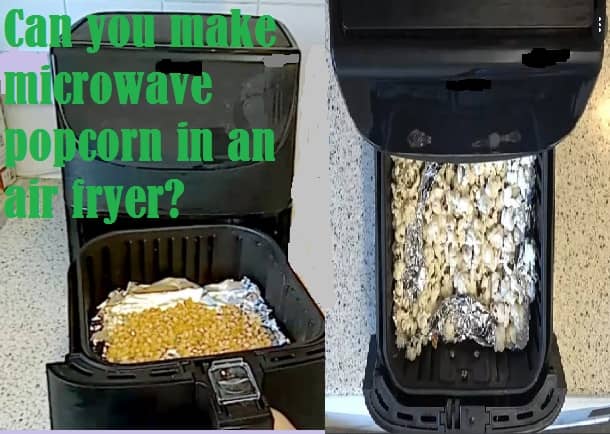 Who doesn’t love popcorn? Microwave popcorn is a popular choice for many people when it comes to getting their favorite snack. There are plenty of recipes that you can find on the internet and in cookbooks, but what if you want to make popcorn and don’t have a microwave? This article will explore, can you… 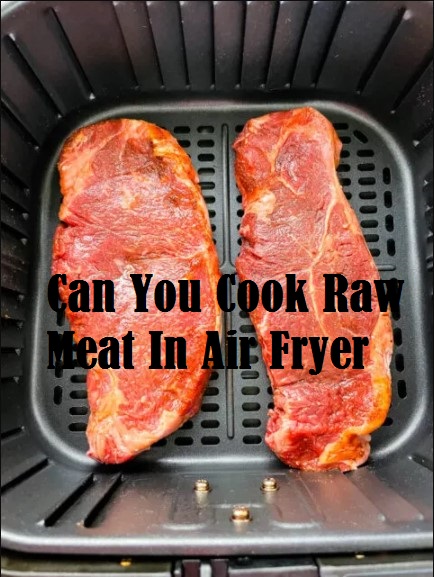 Sometimes we need to cook raw meat and we usually cook this in the oven. But, what if we don’t have an oven or just don’t want to use the oven? Now, Can you cook raw meat in air fryer? This is a common question that comes to our mind first.  The answer is yes!… 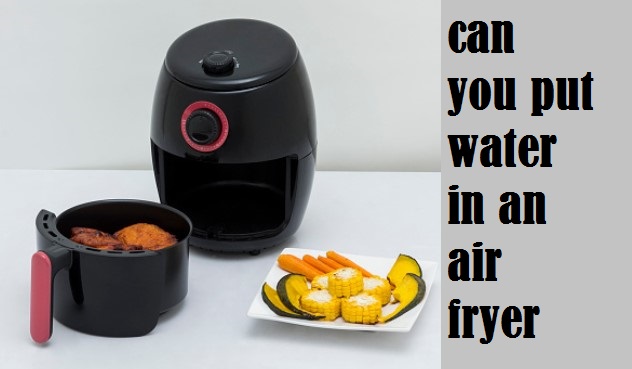 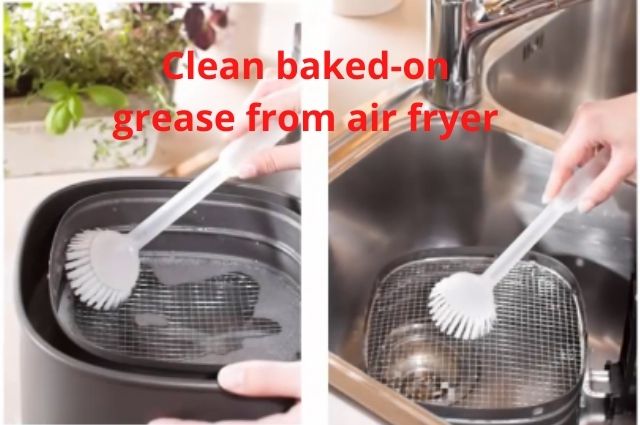 It’s not very easy to clean the air fryer. And many people don’t do it the right way that needs to clean it properly. As a result, the air fryer smells terrible, and it transfers the smell into the other food. That’s why we’re in this post going to explain the easiest way to make… 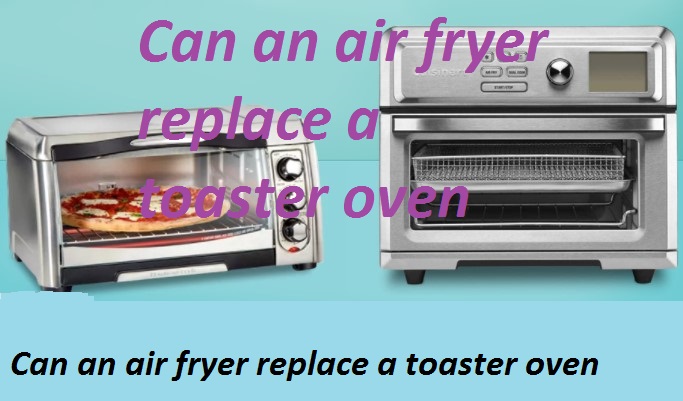 Sometimes we want to cook small things. We don’t really need our big oven, and that’s when we think about a toaster oven. Now, the question is can an air fryer replace a toaster oven? It is a good question, and we will try to answer it. Yes, you can use an air fryer to… 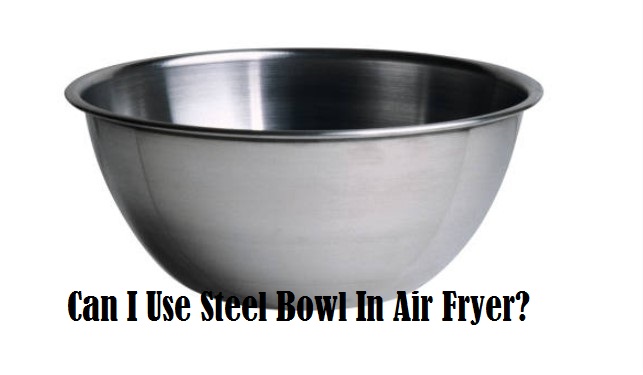 Can I use a steel or metal bowl in my air fryer? Yes, you can. However, the quality of your cooking will not be as good as if you used a plastic or glass bowl. Metal and steel are both conductive materials and will cause heating problems in an air fryer. If you have a…